11 Warning Signs of Low Testosterone You Should Never Ignore 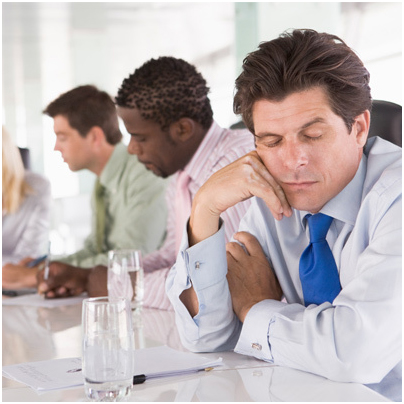 25 million men between ages 40 and 55 have symptoms of what's known as andropause, or "male menopause." It's that slight decline of testosterone that I wrote about in another post, and it's linked to everything from low libido and weak erections to high cholesterol, typem2 diabetes, and heart disease.

Diagnosing low testosterone can be tricky, especially because many of the symptoms can be overlooked, written off, or blamed on something else.

Here, read about 10 symptoms of low testosterone you should be talking to your doctor about now.

Lack of sleep, especially less than 5 hours each night, has been associated with a decline in testosterone. Plus, obstructive sleep apnea, a serious sleep disorder which affects more than 18 million Americans, can cause low libido too.

2. Memory loss and lack of concentration

If you're finding it hard to make decisions, have brain fog, or are always forgetful, it may not just be because you're getting older.

Sadness, irritability, anxiety, or a poor outlook on life are often missed indicators of testosterone deficiency. Plus, if you're under a lot of stress or are having relationship problems, it might be because your testosterone is low.

Exhaustion, feeling sluggish, or not having enough energy to hit the gym, travel, or attend a business function could be clues into a hormone problem.

A lack of interest or desire for sex is one of the most obvious signs of a deficiency. Men with low testosterone also may have a decrease in the quality of their orgasms and in the amount of ejaculate.

If you have trouble achieving or maintaining an erection, it could be erectile dysfunction, which affects as many as 30 million men and could be a sign of low testosterone.

Studies show that being overweight or obese is directly linked with low testosterone because excess body fat converts testosterone into other hormones, which then causes a decline.

Some of the most important physical changes doctors look for when evaluating a man for low testosterone are an enlargement or tenderness of the breasts, the size and consistency of the testicles, and the size of the penis and prostate. So although it might embarrassing and uncomfortable, this simple exam gives us a lot of information.

According to the American Academy of Dermatology, male pattern baldness affects about 80 million people. Although it may be genetic, hair loss (including thinning of the pubic hair) are signs to pay attention to.

Low testosterone can decrease muscle mass and strength, so if you've been getting injured more often, it may not be because you're clumsy. Joint pain and muscle aches are common too.

11. A decrease in height

Testosterone is essential for strong bones so when you don't have enough, it can actually shorten your bones — and your height.