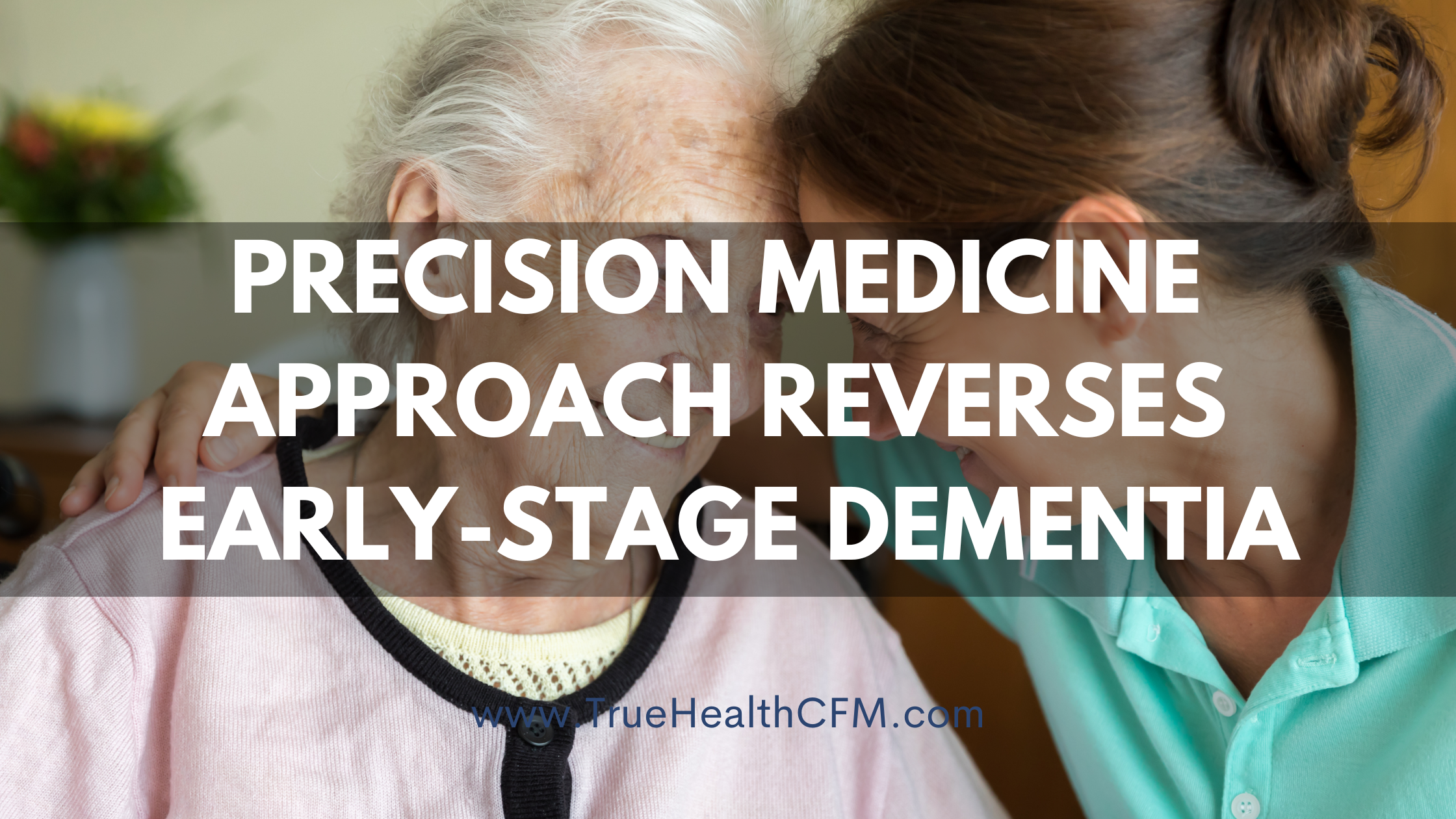 BURLINGAME, Calif., July 6, 2022 /PRNewswire/ -- Amid repeated failures of drug trials for Alzheimer's disease, a small pilot study using a precision medicine approach has reported the first promising results, improving cognitive scores in over 80% of patients, as published in the Journal of Alzheimer's Disease1. The team of physicians at three different sites achieved improvement in cognitive testing, brain training scores, partner-assessed symptoms, and even MRI measurements of regional brain volumes.

The patients ranged in age from 50 to 76 years and had either mild cognitive impairment (MCI) or early dementia, similar to the patients in recent pharmaceutical trials. However, when it came to treatment, the team took a fundamentally different approach from previous trials: instead of treating with a single drug that may have nothing to do with the underlying drivers of cognitive decline, the physicians sought the root cause contributors to decline by gathering more data — evaluating inflammation; deficiencies of nutrients, hormones and growth factors;  gut and oral microbiomes; leaky gut; metabolic status; sleep apnea; genetic factors such as a tendency to blood clotting; vascular abnormalities; specific pathogens and toxins; and other potential contributory factors. The identified root causes, which were different from patient to patient, were then targeted with a personalized, precision medicine protocol for nine months, leading to unprecedented improvements, including some patients who increased their cognitive scores from the dementia range to normal.

Brain MRI scans from all participants underwent regional volume analyses by computer, and documented improvements in both grey matter volume and hippocampal volume. Typical patients with MCI or dementia undergo atrophy of the brain's grey matter (where neurons reside) of 2.2% per year, but the study patients increased their grey matter volume by 0.3%. Hippocampal atrophy rates were improved by 63%.

Lead author Dr. Kat Toups noted, "I have been the Principal Investigator on more than 20 long-term clinical trials for patients with MCI and dementia where the benchmark for success was merely a slowing in cognitive decline. This trial is the first to show actual improvement in multiple domains of functioning, as well as improvements in MRI brain scans."

This precision medicine method — a personalized treatment that targets the factors contributing to disease — has been used successfully in cancer treatment and has been garnering increasing interest from the neurodegenerative disease community. Central to this more complex therapy is digital health: the brain training was developed by Posit Science, the on-line cognitive assessments used were developed by CNS Vital Signs, the MRI volumetrics developed by Brainreader and CorTechs, and the evaluation and treatment algorithm, dubbed ReCODE, was developed by Apollo Health (which was not directly involved in this trial) in collaboration with Bredesen.

Senior author of the study, Prof. Dale Bredesen, said, "We believe that the future of medicine, for treatment of complex chronic conditions such as Alzheimer's, cancer, and cardiovascular disease, lies not in simplistic, single-drug medicine but rather in larger data sets and precision medicine protocols such as the one used in this trial."

The findings of the trial support earlier published results, which described case studies for 100 patients in which cognitive decline associated with Alzheimer's and pre-Alzheimer's was reversed, and pave the way for a larger, randomized controlled trial, which is set to begin later this year at sites in Miami, Cleveland, Nashville, Sacramento, and the San Francisco Bay Area.

The article will be published in the print issue of the Journal of Alzheimer's Disease Volume 88 Issue 4.