Alzheimer’s Research Was Based on Deliberate Fraud 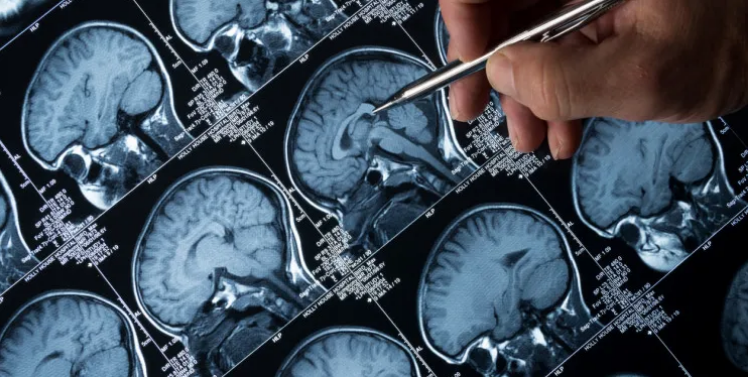 Last month, drug company Genentech reported on the first clinical trials of the drug crenezumab, a drug targeting amyloid proteins that form sticky plaques in the brains of Alzheimer’s disease patients. The drug had been particularly effective in animal models, and the trial results were eagerly awaited as one of the most promising treatments in years. It did not work. “Crenezumab did not slow or prevent cognitive decline” in people with a predisposition toward Alzheimer’s.

Last year, the Food and Drug Administration (FDA) narrowly approved the use of Aduhelm, a new drug from Biogen that the company has priced so highly that it’s expected to drive up the price of Medicare for everyone in America, even those who never need this drug. Aduhelm was the first drug to be approved that fights the accumulation of those “amyloid plaques” in the brain. What makes the approval of the $56,000-a-dose drug so controversial is that while it does decrease plaques, it doesn’t actually slow Alzheimer’s. In fact, clinical trials were suspended in 2019 after the treatment showed “no clinical benefits.” (Which did not keep Biogen from seeking the drug’s approval or pricing it astronomically.)

Over the last two decades, Alzheimer’s drugs have been notable mostly for having a 99% failure rate in human trials. It’s not unusual for drugs that are effective in vitro and in animal models to turn out to be less than successful when used in humans, but Alzheimer’s has a record that makes the batting average in other areas look like Hall of Fame material.

And now we have a good idea of why. Because it looks like the original paper that established the amyloid plaque model as the foundation of Alzheimer’s research over the last 16 years might not just be wrong, but a deliberate fraud.

The suspicion that something was more than a little wrong with the model that is getting almost all Alzheimer’s research funding ($1.6 billion in the last year alone) began with a fight over the drug Simufilam. The drug was being pushed into trials by its manufacturer, Cassava Sciences, but a group of scientists who reviewed the drug maker’s claims about Simufilam believed that it was exaggerating the potential. So they did what any reasonable person would do: They purchased short sell positions in Cassava Sciences stock, filed a letter with the FDA calling for a review before allowing the drug to go to trial, and hired an investigator to provide some support for this position.

As Science reports, it was that investigator, Vanderbilt University neuroscientist and junior professor Matthew Schrag, who tipped over the whole applecart to discover that it wasn’t just that Cassava’s drug was ineffective. There’s good evidence that for the last 16 years, almost everyone has had the wrong idea about the cause of Alzheimer’s. Because of a fraud.

In 2006, Nature published a paper titled “A specific amyloid-β protein assembly in the brain impairs memory.” Using a series of studies in mice, the paper concluded that “memory deficits in middle-aged mice” were directed caused by accumulations of a soluble substance called “Aβ*56.” This was a specific form of a group known as “toxic oligomers” that had long been suspected as the possible precursors of amyloid plaques. The paper then went on to directly connect that condition to “cognitive deficits associated with Alzheimer’s disease” independently of other conditions affecting the aging brain.

The study didn’t come out of nowhere; it only seemed to confirm one of several hypothesis about Alzheimer’s that had been circulating for many years by that point. After all, the brains of Alzheimer’s patients do contain plaques that can sometimes seriously alter the structure of the brain. Those plaques do contain amyloids. It’s not much of a stretch to suggest those amyloids are a primary cause of the associated memory loss and dementia. Amyloids cause plaques, plaques cause damage, the damage causes Alzheimer’s. QED.

That 2006 paper was primarily authored by neuroscience professor Sylvain Lesné and given more weight by the name of well-respected neuroscientist Karen Ashe, both from the robust neuroscience research team at the University of Minnesota. It was Ashe who produced the transgenic mice used in the study, which genuinely do appear to have Alzheimer’s-like symptoms and that have since been used as the favored animal models for a generation of treatments. On her website, Ashe called Aβ*56 “the first substance ever identified in brain tissue in Alzheimer’s research that has been shown to cause memory impairment.”

The results of the study seemed to demonstrate the amyloids-to-Alzheimer’s pipeline with a clarity that even the most casual reader could understand, and it became one of—if not the most—influential papers in all of Alzheimer’s research. Not only has it been cited hundreds of times in other work, roughly 100 out of the 130 Alzheimer’s drugs now working their way through trials are directly designed to attack the kind of amyloids featured in this paper. Both Ashe and Lesné became neuroscience rock stars, the leaders of a wave based on their 2006 paper.

What intrigued Schrag when he came back to this seminal work were the images. Images in the paper that were supposed to show the relationship between memory issues and the presence of Aβ*56 appeared to have been altered. Some of them appeared to have been pieced together from multiple images. Schrag shied away from actually accusing this foundational paper of being a “fraud,” but he definitely raised “red flags.” He raised those concerns, discreetly at first, in a letter sent directly to the National Institutes of Health (NIH). Only when that letter failed to generate a response did Schrag bring his suspicions to others.

Now Science has concluded its own six-month review, during which it consulted with image experts. What they found seems to confirm Schrag’s suspicions.

They concurred with his overall conclusions, which cast doubt on hundreds of images, including more than 70 in Lesné’s papers. Some look like “shockingly blatant” examples of image tampering, says Donna Wilcock, an Alzheimer’s expert at the University of Kentucky.

After reviewing the images, molecular biologist Elisabeth Bik said of the paper, “The obtained experimental results might not have been the desired results, and that data might have been changed to … better fit a hypothesis.”

Should this fraud turn out to be as extensive as it appears at first glance, the implications go well beyond just misdirecting tens of billions in funding and millions of hours of research over the last two decades. Since that 2006 publication, the presence or absence of this specific amyloid has often been treated as diagnostic of Alzheimer’s. Meaning that patients who did die from Alzheimer’s may have been misdiagnosed as having something else. Those whose dementia came from other causes may have falsely been dragged under the Alzheimer’s umbrella. And every possible kind of study, whether it’s as exotic as light therapy or long-running as nuns doing crossword puzzles, may have ultimately had results that were measured against a false yardstick.

In the face of the potential fraud unearthed by Schrag, it’s not as if the world has changed overnight.

Four months after Schrag submitted his concerns to the NIH, the NIH turned around and awarded Lesné a five-year grant to study … Alzheimer’s. That grant was awarded by Austin Yang, program director at the NIH’s National Institute on Aging. Yang also happens to be another of the co-authors on the 2006 paper.

Science has carefully detailed the work done in the analysis of the images. Other researchers, including a 2008 paper from Harvard, have noted that Aβ*56 is unstable and there seems to be no sign of this substance in human tissues, making its targeting literally worse than useless. However, Lesné claims to have a method for measuring Aβ*56 and other oligomers in brain cells that has served as the basis of a series of additional papers, all of which are now in doubt.

There seems to be no doubt that oligomers may play a role in cognitive impairment. However, that role may not be nearly as direct, or as significant, as the 2006 paper and subsequent papers by Lesné have suggested. It’s quite possible that the specific oligomer Aβ*56 may not even exist outside of Ashe’s transgenic mice.

And it seems highly likely that for the last 16 years, most research on Alzheimer’s and most new drugs entering trials have been based on a paper that, at best, modified the results of its findings to make them appear more conclusive, and at worst is an outright fraud.