What Every Man Should Know About Prostate Cancer 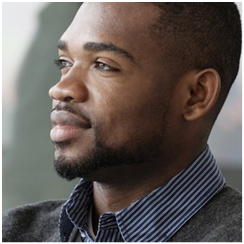 Prostate cancer is one of the topics I devote a lot of time to when I see my patients, and it's something you should always be thinking about, too.

Prostate cancer is rare in younger men — the average age it shows up is 66.

Even though it's common, take heed: prostate cancer is treatable and curable. In fact, about 2.9 million men living today are survivors.

Low testosterone = the cause of prostate cancer?

Prostate cancer happens when cells in the prostate become abnormal and start to grow and divide. These abnormal cells then form a tumor that grows and infiltrates the nearby tissue.

Although it's not clear exactly what causes prostate cancer, we do know it likely has something to do with hormones.

In fact, a study in the Korean Journal of Urology found that men with low levels of testosterone had a higher risk for prostate cancer than those in the higher testosterone group.

But testosterone, your primary sex hormone, isn't the only one to blame.

In fact, estrogen, which we think about as a female hormone only, is actually a growth-stimulating hormone in the prostate gland. And just like women, men can have what we call "estrogen dominance," which is seen in men over 50.

As men age, the level of estradiol, a type of estrogen, gradually rises while the levels of progesterone and testosterone decline. This decline is greater than the rise of estradiol.

So without enough progesterone, testosterone gets converted to dihydrotestosterone or DHT. What's more, estradiol prevents the hydroxylation of DHT. These two factors combined mean that there's a ton of DHT circulating, which in turn, stimulates the receptors in the prostate which may lead to prostate cancer.

There are several factors that can increase your chances of prostate cancer:

When prostate cancer develops early on, there may not be any signs. As it becomes more advanced, however, some symptoms that can show up include:

When to see your physician

Early screening and evaluating your risk for prostate cancer is always a good idea, so always keep your doctor's appointments. If you have any of these symptoms, it's important to see your doctor who will